A two-hour bus ride from Valbonne to Nice would never hinder me from attending this historic inauguration of Allianz Riviera, the new home to the city’s footballing passion. The stretch from Cannes to the city centre was nevertheless rather tedious because, apparently, standing in a bus for an hour is not something I enjoy. Thanks to the commendable public transit networks of which France and the Western Europe in general boast, I had no problem in reaching the stadium before the kickoff. 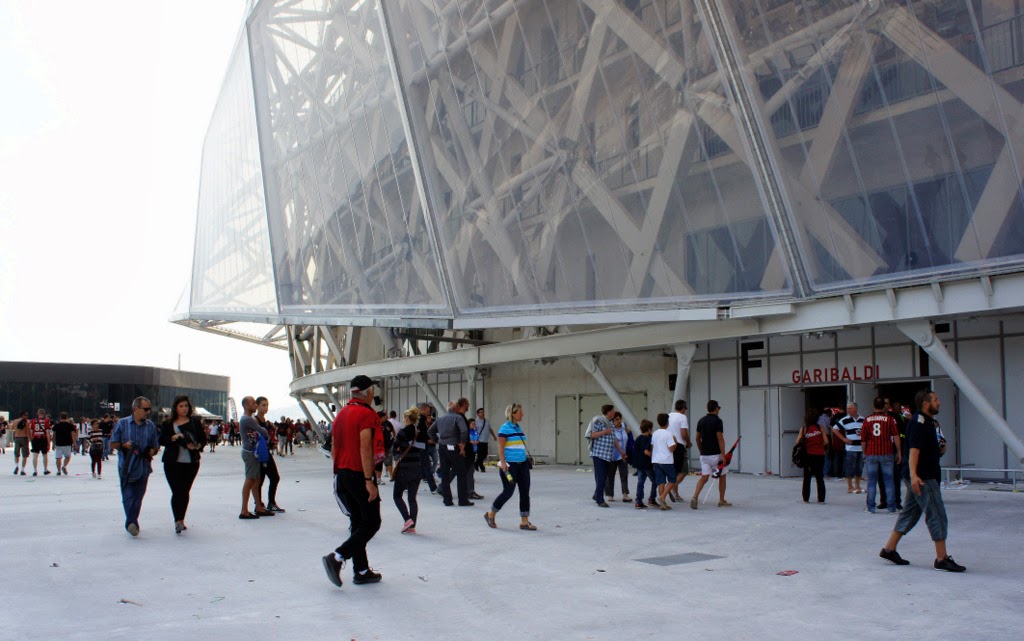 Just like before every home match, the 35000-strong crowd rose to their feet to sing the unofficial anthem of Nice, Nissa la bella, this time accompanied by a choir. 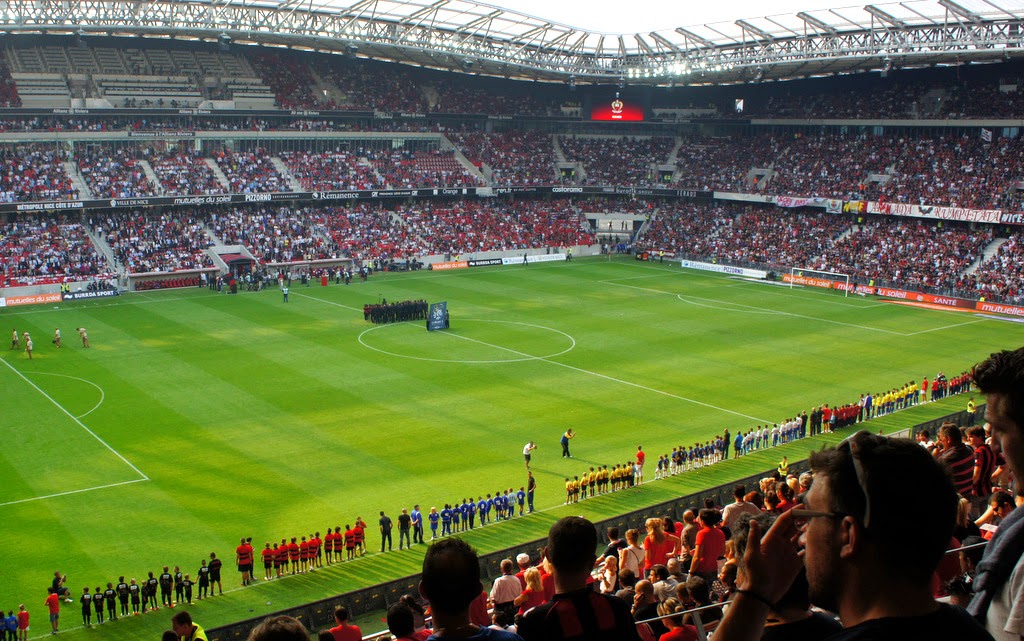 Then the teams came out… and the game kicked off. 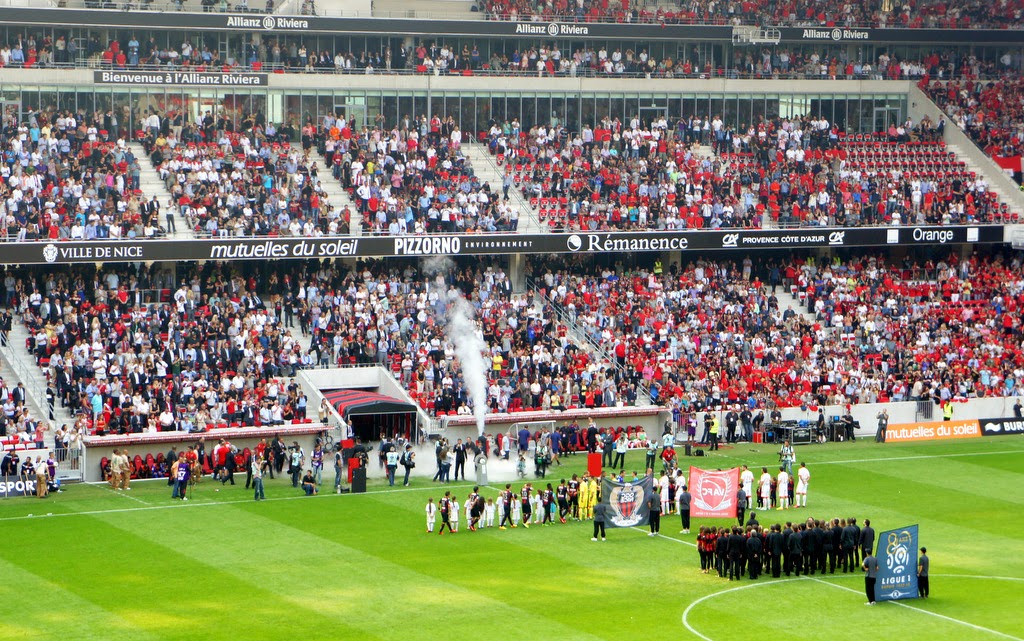 During the half-time break, the matchday organising committee presented Nice as one of the host cities  for the UEFA EURO 2016 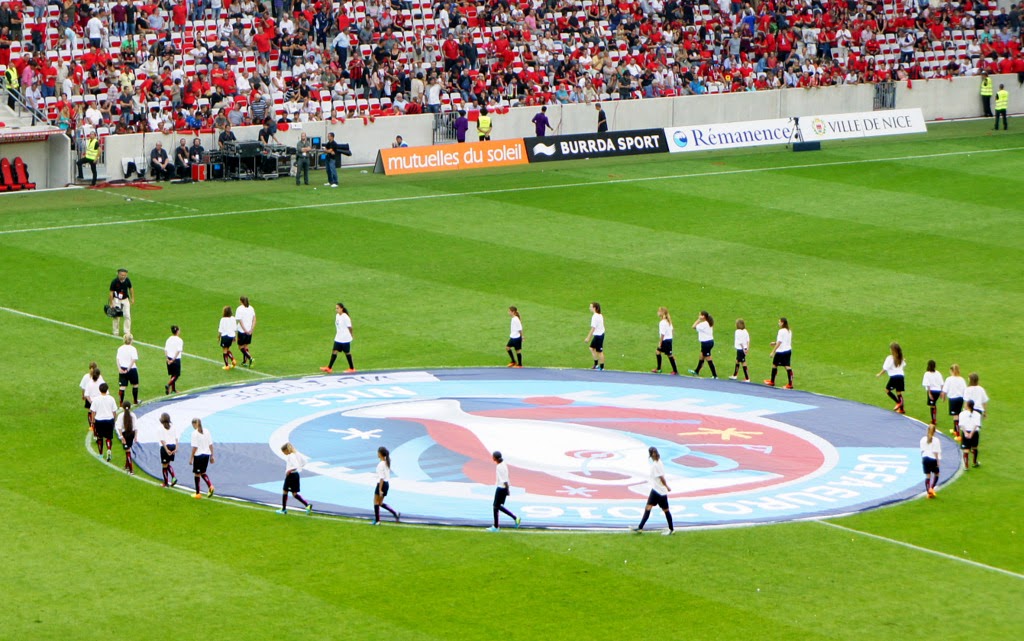 This was a random pleasant sight. Former Liverpool player Anthony Le Tallec, who I remembered arriving at Anfield over ten years ago alongside his cousin Florent Sinama-Pongolle, was being subbed in in the second half. Both forwards had been touted as the future of Liverpool, but luck was not on their side as injuries and inconsistency eventually hindered them from progressing at the big English club. 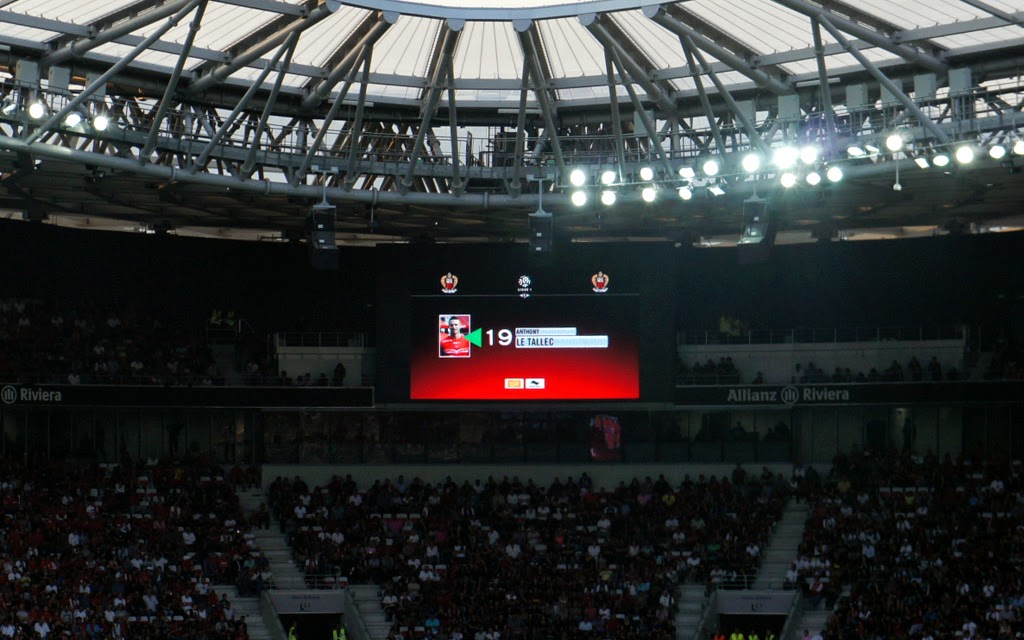 Anyway, result-wise it was a superb evening. Nice brought Allianz Riviera to life in the best possible fashion, brushing aside Valenciennes with an emphatic 4-0 victory.

After the final whistle, popular French singer Patrick Bruel walked onto the field with a guitar in his hand, and started to belt out his first of what should have been five songs planned for the occasion. Unfortunately for him and his friend, the crowd did not hide their displeasure at seeing a Parisien who, guess what, supported rivals PSG taking the centre stage at their brand new home. Patrick Bruel tried to appease the situation by inviting the Niçois to share their favourite local tunes or songs, but it was obviously a lost cause. His voice, great it might be, was drowned by the massive boos and whistles throughout the embarassing ordeal, which lasted for just about eight minutes. Or two songs.

I, personally, was not okay with it.  Did that make me less of a supporter of the team? Duh. 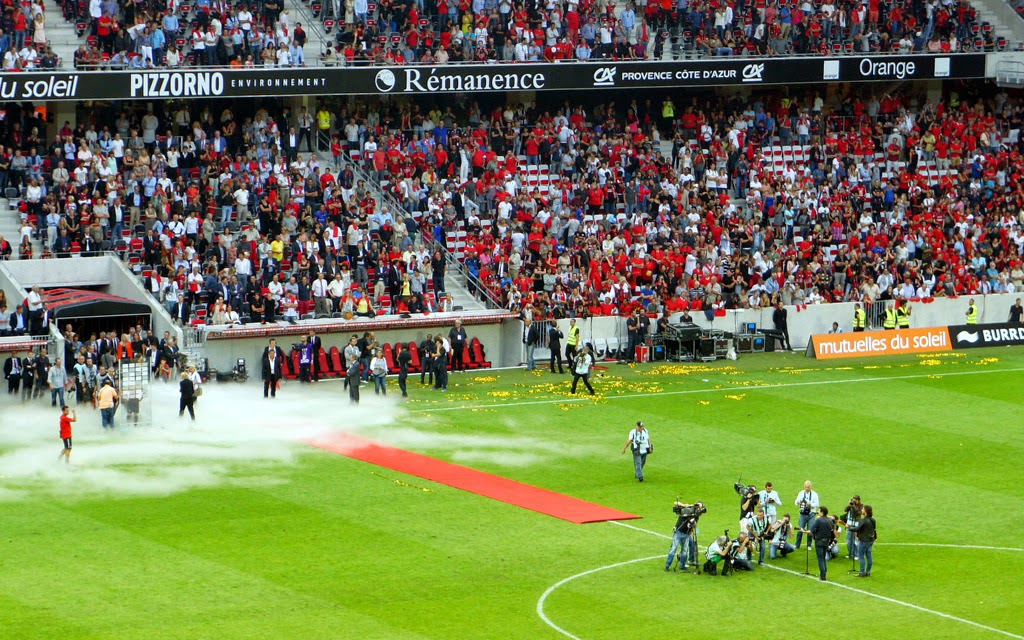 My first visit to Allianz Riviera was an awesome one, and as a season ticket holder, I would not miss this magnificent stadium. 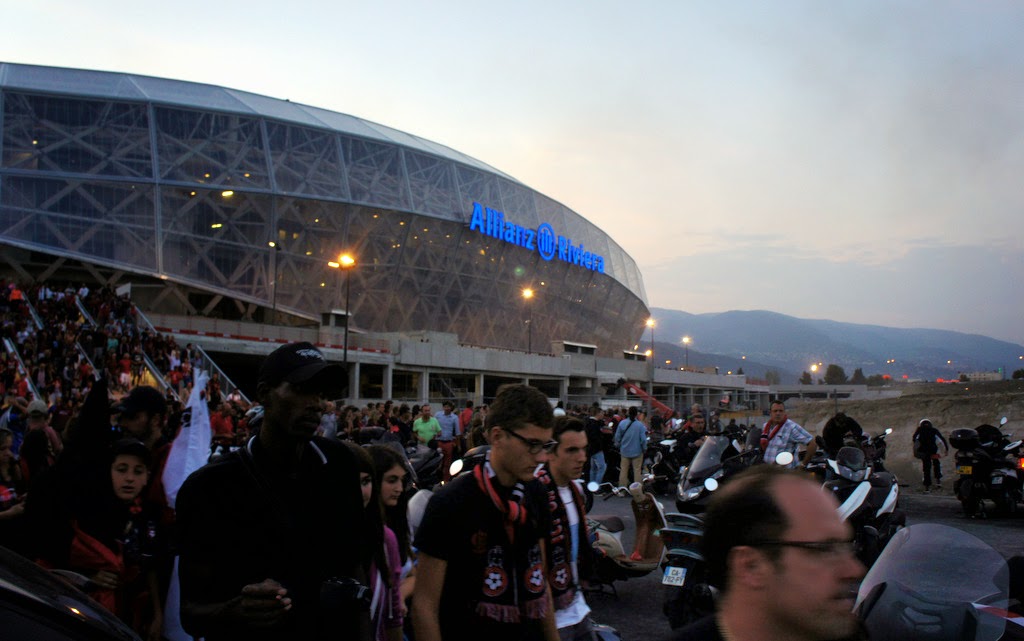 Of course there was no better way to inaugurate the new stadium than to do it with a crushing victory over the opponents, in this case an unlucky, out-of-form Valenciennes FC side.